From Assisi to Perugia, via Gubbio, Lake Trasimeno and Marmore Falls: Umbria is a truly enchanting tourist destination

Peaks covered in lush forests and vast valleys outlined by rivers, lakes and waterfalls; hills often crowned by villages and castles, crossed by paths steeped in history, art and culture, in a natural environment that helps to restore the body and soul: Umbria, the Green Heart of Italy, is all this and much more.

What to see in Umbria

Christmas in Gubbio, 5 unmissable things for a dream itinerary

Visiting Gubbio at Christmas means immersing yourself in a truly unique atmosphere, with the world's largest Christmas tree towering over the historic centre, Christmas markets, a large Ferris wheel and a life-size nativity scene winding through the streets of the San Martino district. Here is what you should see in Gubbio during the Christmas season.
Umbria , Gubbio
Magazine

Gubbio and the "Festa dei Ceri"

Built on the slope of Mount Ingino and crossed by the Camignano stream, Gubbio is a magnificent Medieval Umbrian city full of history and monuments that have always fascinated illustrious travellers and authors the likes of Gabriele D’Annunzio and Hermann Hesse, according to whom the city “produces an absolutely stunning effect and has something unreal and perturbing about it”.
Umbria , Gubbio
Art & Culture

Assisi, a sanctuary with a priceless historical heritage

Lake Trasimeno and its villages

Lake Trasimeno is located in the green heart of Umbria, amidst beds of reeds and charming white water lilies. It’s a true natural paradise home to wild ducks, cormorants, kites and kingfishers. Beyond the downward slope, gentle hills form the backdrop to the lake, along with sporadic woods and sunflower and corn fields, vineyards and olive groves. Agriculture here is still carried out following traditional techniques. Several towns are located on Lake Trasimeno. Some of them directly face the lake while others are nearby and are affected by the charm and attraction of this sheet of water.
Umbria
Magazine

Perugia is all about sweet magic, and with 48 hours available you can visit the best that this city has to offer with its history, culture, natural beauty and good food. An excellent idea for a romantic weekend, or a getaway with friends or family.
Umbria , Perugia
Art & Culture

A day in Gubbio, stone town of Umbria Known as the “city of stone”, it stands on the side of Mt. Ingino: Gubbio will immediately win you over with its medieval charm through its labyrinth of alleys and narrow streets. The long history of Gubbio Gubbio's origins are rooted in ancient Umbrian civilisation, as evidenced by the so-called Eugubine Tables written in the Umbrian language and dating back to the third-first century BC. You can admire them in the rooms of the Museo Civico in Palazzo dei Consoli. Gubbio's golden age began around 1000, at the time of the Communes. Under the leadership of Bishop Ubaldo, in 1100, the city won a war against Perugia. In the meantime, arts and crafts spread, including the manufacture of majolica. By the 1300s, the city took on the form it still has today. Some of the most beautiful buildings in Gubbio date back to this period. A walk in the centre Start your tour from the jewel of Gubbio, Piazza Grande or Piazza della Signoria, “hanging” square overlooking the city. On either side are the city's public buildings: Gothic-style Palazzo dei Consoli and Palazzo Pretorio, facing each other. Also in the square, take a look at Palazzo Ranghiasci Brancaleoni. A stone's throw away is the Renaissance-style Ducal Palace. From the gardens of the Ducal Palace, a beautiful view of the city. Look at the tall, narrow door at the side of the large gate: it is the Dead Man's Door. According to legend, the coffins of the dead passed through here. Along the walls, located just above the palace dating back to 1200, there are six gates, some of which are still decorated with paintings and city coats of arms. Among the churches, do not miss the cathedral of Gubbio dedicated to Saints Marian and James. Also worth a visit, the church of St Francis. It is said that Francis was welcomed here after leaving his father's house and all his possessions. Located at the foot of the city, where the market was held in the Middle Ages. Still visible is the long Loggia dei Tiratori built in the 1600s by the guild of weavers. Where their freshly woven woollen cloths were draped. The real wonder of Gubbio, however, is the Fontana dei Matti (Fools) in front of the Bargello Palace. Three laps around the fountain, getting wet in the presence of a resident of Gubbio and the Fool’s title is yours. Where to go nearby Just step outside the mediaeval walls of Gubbio and another world of surprises unfolds: the Roman theatre, the Roman mausoleum nearby, the Abbey of San Secondo, the 17th-century Madonna del Prato richly decorated with stuccoes and the Vittorina church built precisely where, according to legend, St Francis met the wolf. The Bottaccione Gorge The Bottaccione gorges, ideal for a trip, is just outside Gubbio. It is a deep gorge caused by the erosion of the Carmignano stream, but it is also rich in historical evidence. There is an aqueduct that runs along the gorge dating back to the Middle Ages. Also located in the gorge is the Monastery of Sant'Ambrogio, which stands near a prehistoric citadel dating back to the Palaeolithic period. The hermitage dates back to the 1300s and was known for its strict rules and inaccessible location guaranteeing silence and solitude. Don't miss the visit, starting with the underground caves and ending with the frescoes in the church. Atop Mount Igino: the Basilica of St Ubaldo The Basilica of Sant'Ubaldo is located right at the top of the mountain that watches over Gubbio, but don't worry, if you don't feel like hiking, you can reach it with a comfortable cable car and you will have the whole town at your feet. The urn with the body of Saint Ubaldo, patron saint of Gubbio, is kept here. The famous race of the Festa dei Ceri is on 15 May. The church is of medieval origin, but during the 1500s it was enlarged with the addition of the convent and cloister. Don't be fooled by the simplicity of the exterior, enter to admire the richness of the five naves and the frescoes depicting the life of Saint Ubaldo.
Umbria , Gubbio
Magazine

Inspiration for living the Italian way 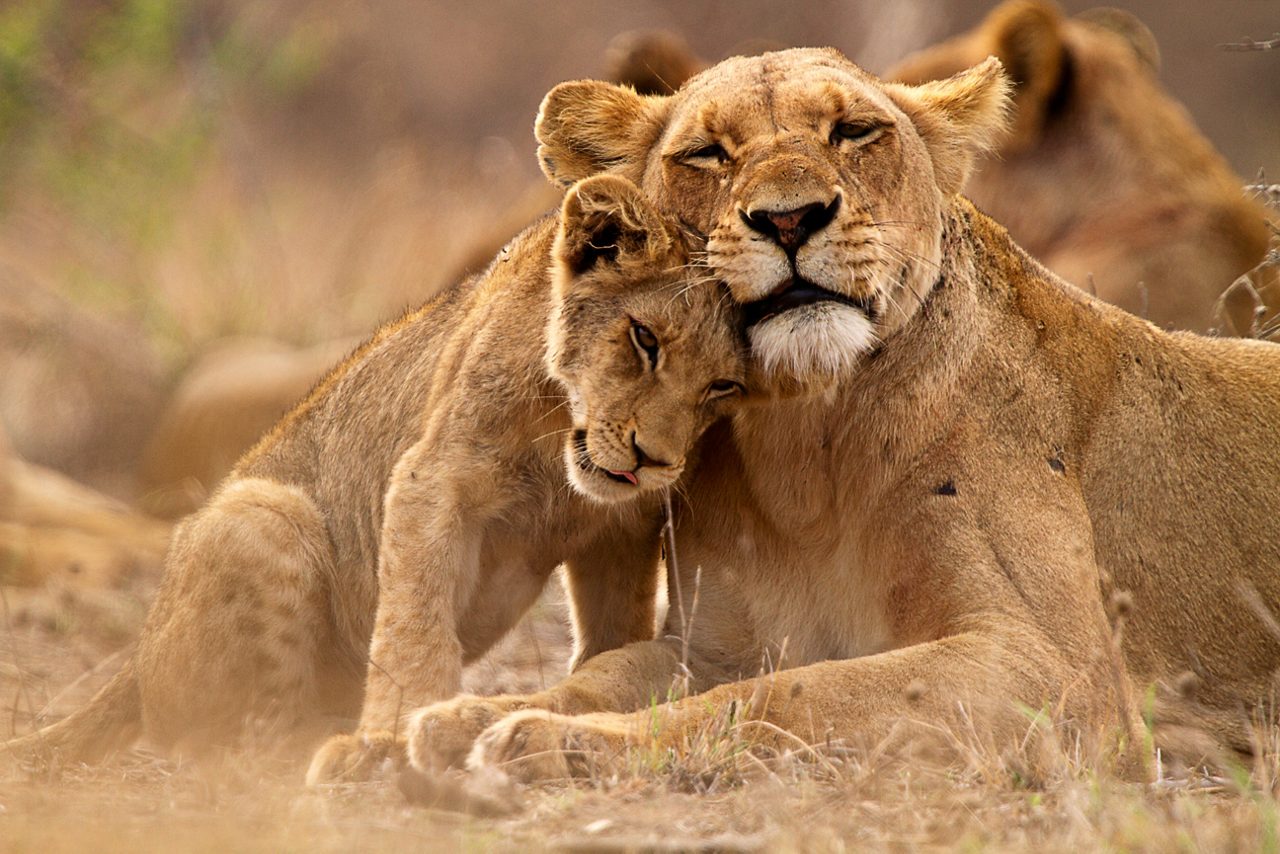 Nature and animals: limelight on biodiversity in wildlife parks 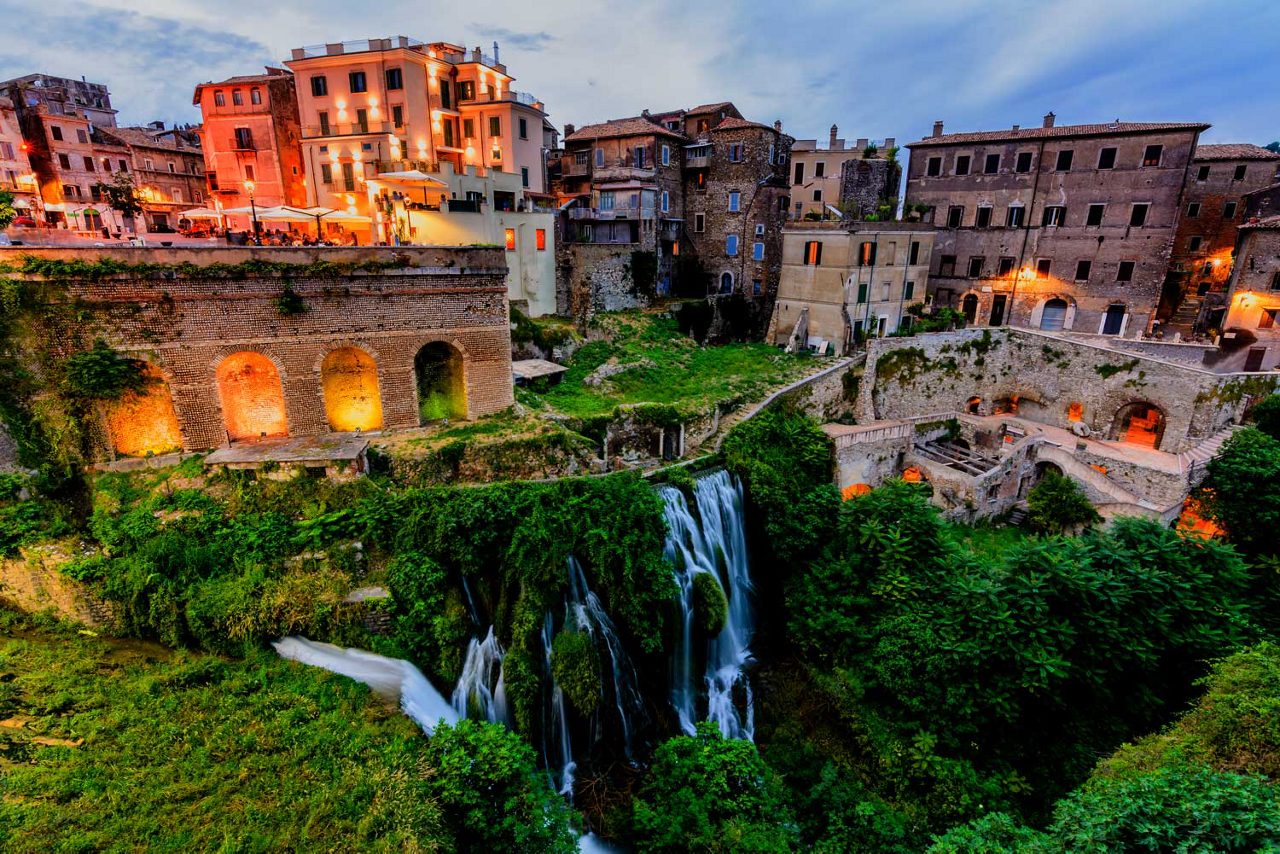 Six gardens not to be missed in Central Italy 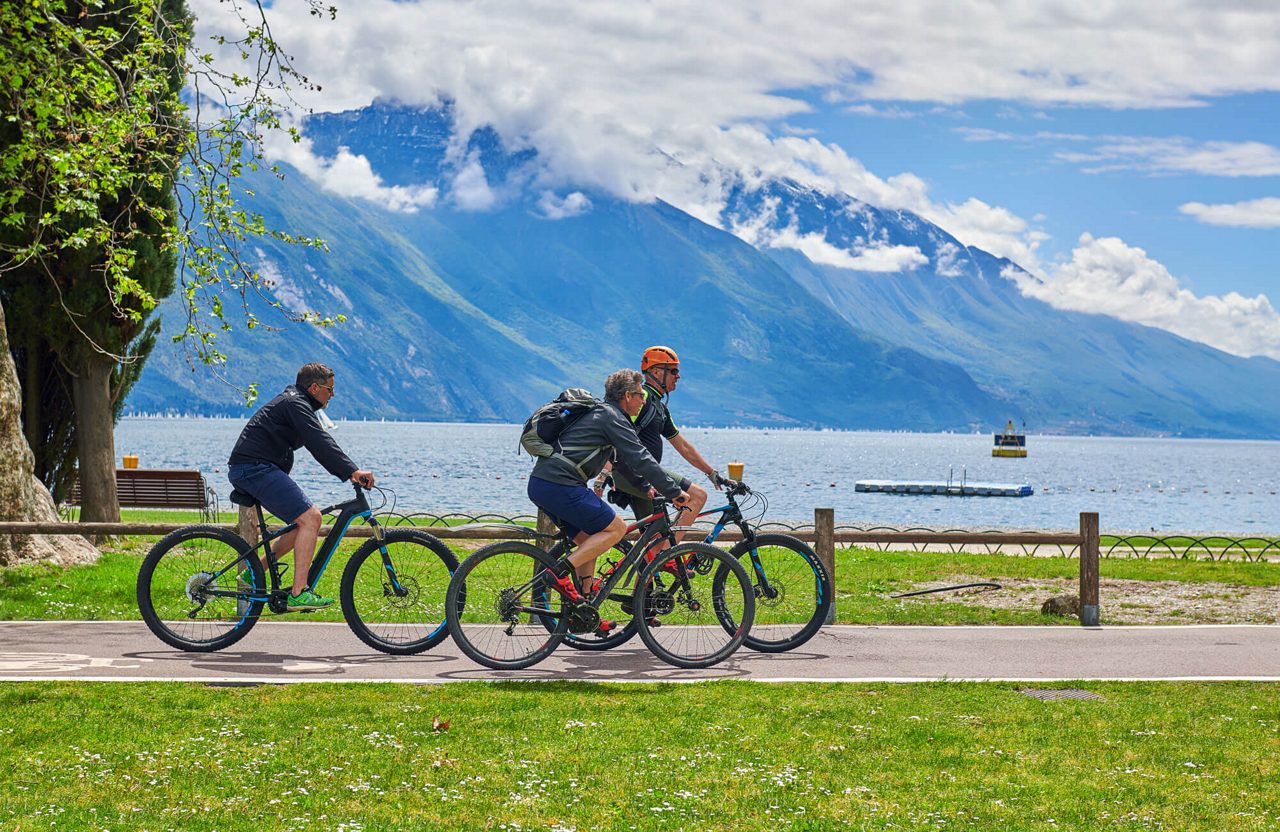 10 lakes in Italy for an active holiday 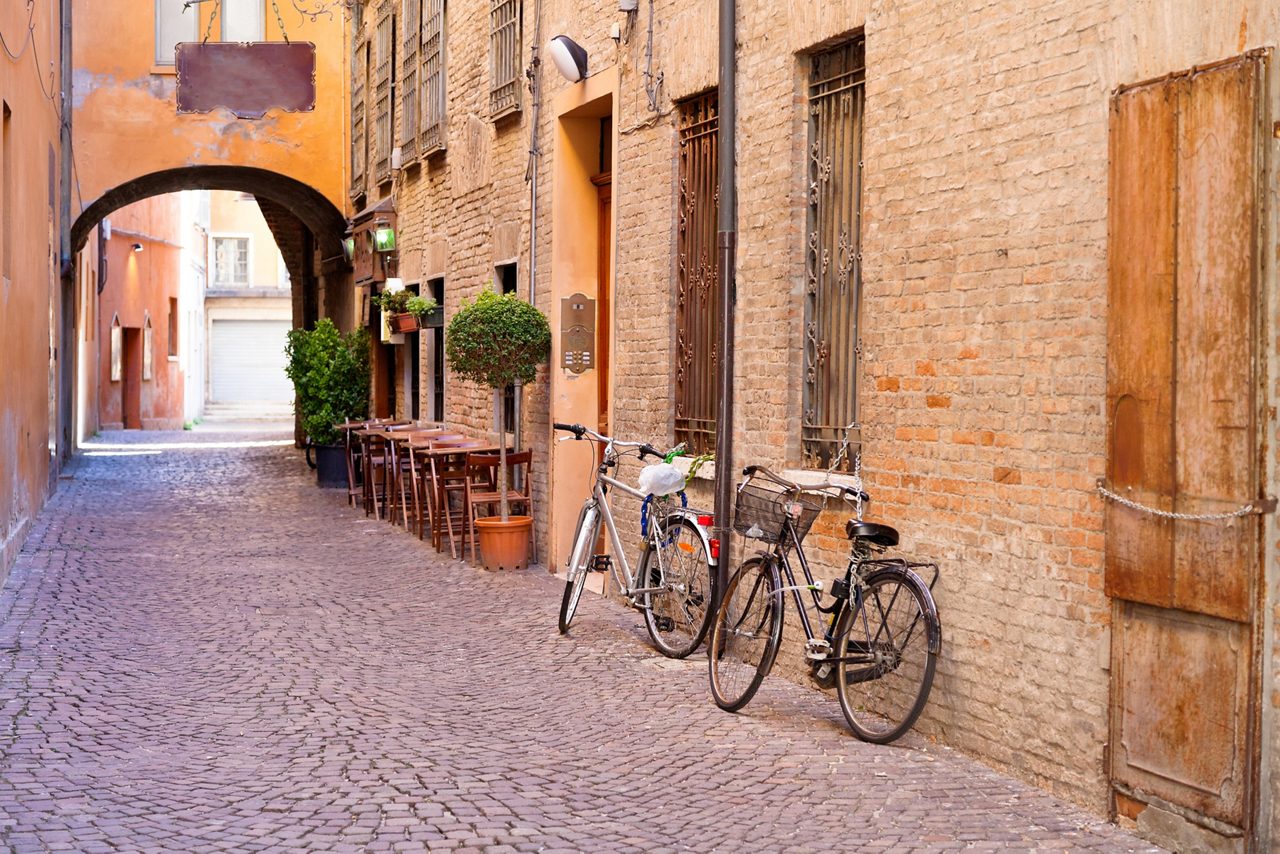 4 minutes
Discover them all
Region

The fantastically varied scenery of Umbria offers plenty of opportunities to enjoy an unforgettable holiday, in contact with nature, in search of your own inner spirit or thrilling adventures. Anyone who loves Italian cuisine will be spoiled for choice, between family-run trattorias and the restaurants of Michelin star chefs. 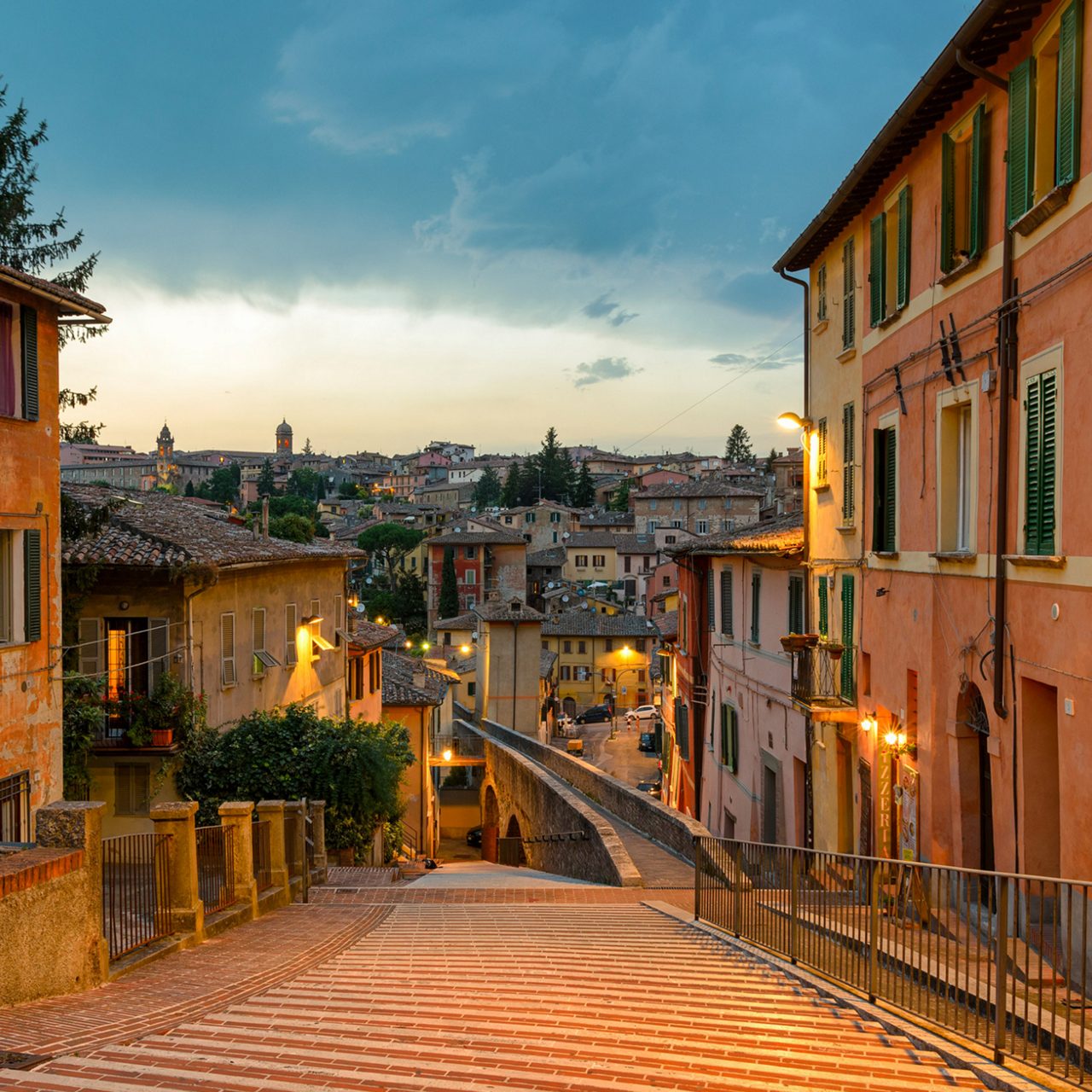