A border region sandwiched between the Friulian Dolomites and the Upper Adriatic, blessed with an immense cultural heritage resulting from the influence of different cultures and peoples, cosmopolitan and modern, Friuli Venezia Giulia will also seduce you with its temptations of relaxation, sport and fun.

What to see in Friuli Venezia Giulia

Aquileia, the Ruins and the Basilica

Sitting some 40 kilometres south of Udine in Friuli Venezia Giulia, Aquileia was listed on UNESCO's World Heritage List in 1998 for the significance of its archaeological area and the beauty of the floor mosaics it houses. As a small and precious treasure chest of art and history, Aquileia offers an extraordinary opportunity for knowledge and an unforgettable visiting experience.
Friuli-Venezia Giulia , Aquileia
Art & Culture

The Prosecco hills: a land of nature, history and culture

The Prosecco hills between Conegliano and Valdobbiadene, in the province of Treviso, represent an ancient world that has become a UNESCO World Heritage Site in 2019. Choosing the Prosecco Hills as a destination means admiring small vineyards on narrow grassy terraces called “ciglioni”, beautiful hill ridges, medieval villages and hamlets, forests and cultivations. A rugged but enchanting terrain, long shaped and adapted by man, who has nevertheless thoroughly respected its nature, resulting in a distinctive chequered landscape characterised by rows of vines parallel and vertical to the slope. A destination full of beauty and overwhelming flavours accompanied by good drink.
Veneto , Valdobbiadene
Magazine

If you are looking for somewhere to go skiing in Italy, Friuli Venezia Giulia is an ideal destination for holidays in the snow. Breath-taking scenery immersed in unspoiled nature and large, snow-covered open spaces offering experiences for all tastes and all ages. Here are 5 not to be missed skiing areas for your next snow experience in the Italian mountains.
Friuli-Venezia Giulia , Tarvisio
Relax & Wellness

Arta Terme, the pearl of Carnia, combining wellness, alpine itineraries and archaic cults A small Friulian town in the province of Udine, 442 metres above sea level, 10 kilometres from the Austrian border and 20 from the Slovenian border: there are many reasons to visit Arta Terme. The town, nestled in the Valle del But that connects Tolmezzo to Austria via the Passo di Monte Croce Carnico pass, has been renowned for its waters since Roman times. The sulphurous water gushes from the Fonte Pudia spring, which has been providing cures and wellbeing for centuries, and has also made Arta a popular spa resort, the perfect place to rejuvenate the body and spirit, and the ideal starting point for walks and hikes among the malghe (shepherd's huts) and mountain huts. The Arta Thermal Baths and its portentous waters, loved by Carducci Enclosed in a green basin, the Arta Thermal Baths are located within a complex, the Water Palace, formed by two connected buildings. The first, dating back to the 1960s and designed by architect Gino Valle, features an oriental-style roof; the second is more recently built. Its rooms invite you to relax among the saunas and Turkish baths or to recharge your batteries under the sensory showers and along the Kneipp path. Surrounding it is a beautiful park where you can enjoy mini-golf, tennis, or freshen up in the swimming pool with hydromassage. A word of advice: don't be put off by the intense sulphurous odour of the waters flowing from Fonte Pudia, whose name originates from the Latin participle putens and alludes to its not particularly pleasant odour, because it is precisely because of the wealth of minerals in its waters that the Arta Thermal Baths are able to offer highly specialised treatment and rehabilitation courses for various ailments, especially those of the airways. In fact, for centuries their medicinal properties have attracted tourists and patients to the Carnic locality: among the most famous personalities is Giosuè Carducci, who dedicated one of his poems, Il comune rustico (The Rustic Municipality), to Arta. Excursions amid history and spectacular views Piano d'Arta, a few kilometres from Arta Terme, is an excellent starting point for a series of walks that will allow you to better discover the area. If you enjoy trekking, the first destination you should tackle is without a doubt Mount Zoncolan, one of Friuli Venezia Giulia's best-known mountain settings, home to a well-known ski resort in winter and criss-crossed in summer by panoramic itineraries, amidst flower-filled pastures, woods and malghe (shepherd's huts). You should not miss, in the vicinity of Arta Terme, the town of Zuglio, the ancient Iulium Carnicum, a flourishing economic and trade centre in Roman times, founded between 58 and 40 B.C., which became a colony in the 1st century A.D.. Close to its Archaeological Museum, you will be able to admire the remains of the Roman forum and artefacts found during archaeological excavations. On the road back to Arta, also worth a visit for its architectural merit is the parish church of San Pietro near Zuglio, a Gothic church built on the site of an earlier Romanesque parish church, the windows of which still survive. Inside, the church preserves a wooden altar by Domenico da Tolmezzo, a masterpiece of Renaissance art, as well as a Baroque organ, and two canvases painted between the 16th and 18th centuries, portraying the conversion of St. Peter and the handing over of the keys to the Saint. Discovering ancient Carnic traditions It is precisely in this parish church that every year, to mark the feast of the Ascension, the so-called Kissing of the Crosses takes place. This is one of the most cherished sacred festivities, dating back to a very ancient cult, probably of mediaeval origin: following a series of paths through the woods, the faithful carry in procession to the parish church of San Pietro the precious astylar crosses, crucifixes for procession placed on a pole, which are stored throughout the year in the churches of the nearby valleys. And if you pass through Arta Terme during the Christmas festivities, as well as visiting the Christmas market, you will be able to experience an ancient Carnic tradition that is celebrated every year, from 26 December until the Epiphany: that of the Stele di Nadal, a procession of believers led by the Three Wise Men who, singing songs and holding a wooden star decorated with coloured paper bows and a lamp in the centre, go from house to house to herald the birth of the Saviour. And at the table, cjarsòns, a dish that is a symbol of Carnic tradition You cannot leave without being enticed by the delights of Friuli's gastronomic tradition. In the local shops you can buy honey, plum and pear distillates, cheeses and, above all, the typical cjarsòns, one of Carnia's signature dishes: handmade agnolotti stuffed with officinal herbs and spices, usually topped with melted butter and smoked ricotta. There is a festival is dedicated to cjarsòns, which is held every year on the first Sunday in August in Arta Terme, in the locality of Val Rivalpo.
Friuli-Venezia Giulia , Arta Terme
Magazine

From Tarvisio to Val Resia

At the point in which Italy, Austria and Slovenia meet, majestic mountain peaks lie in wait, proffering up innumerable paths that unwind for miles and miles and sometimes run through a forest of 23,000 hectares. From the heights of these peaks the topography swoops down into an extreme dip, that is into Val Resia, inhabited by an ancient Slavic community as well as by curious myths and luminous lakes. An itinerary that begins in the Region of Friuli Venezia Giulia's northeast makes stops in the towns of Moggio Udinese, Malborghetto, Pontebba, and Tarvisio, and arrives in Carnia, brushing past the slopes of Jof di Montasio and the summits in Val Resia.
Friuli-Venezia Giulia
Leisure

Friuli Venezia Giulia: at the Trieste adventure park, holidays are high up (in a tree)

A day at altitude, that is, at tree height, perfectly integrated in nature, will change your perspective, put yourself to the test, and strengthen your perception of yourself and the space around you. It will also strengthen team, class or family spirit, while you have loads of fun, of course. These are the principles that inspire the Trieste adventure Park, a high-adrenaline adventure park, suitable for young and old, in the heart of the Trieste Karst, set in forests of black pine, holm oak and alder.
Friuli-Venezia Giulia , Duino
Events

What to do in Friuli Venezia Giulia

The Macchiaioli on display in Trieste

Inspiration for living the Italian way 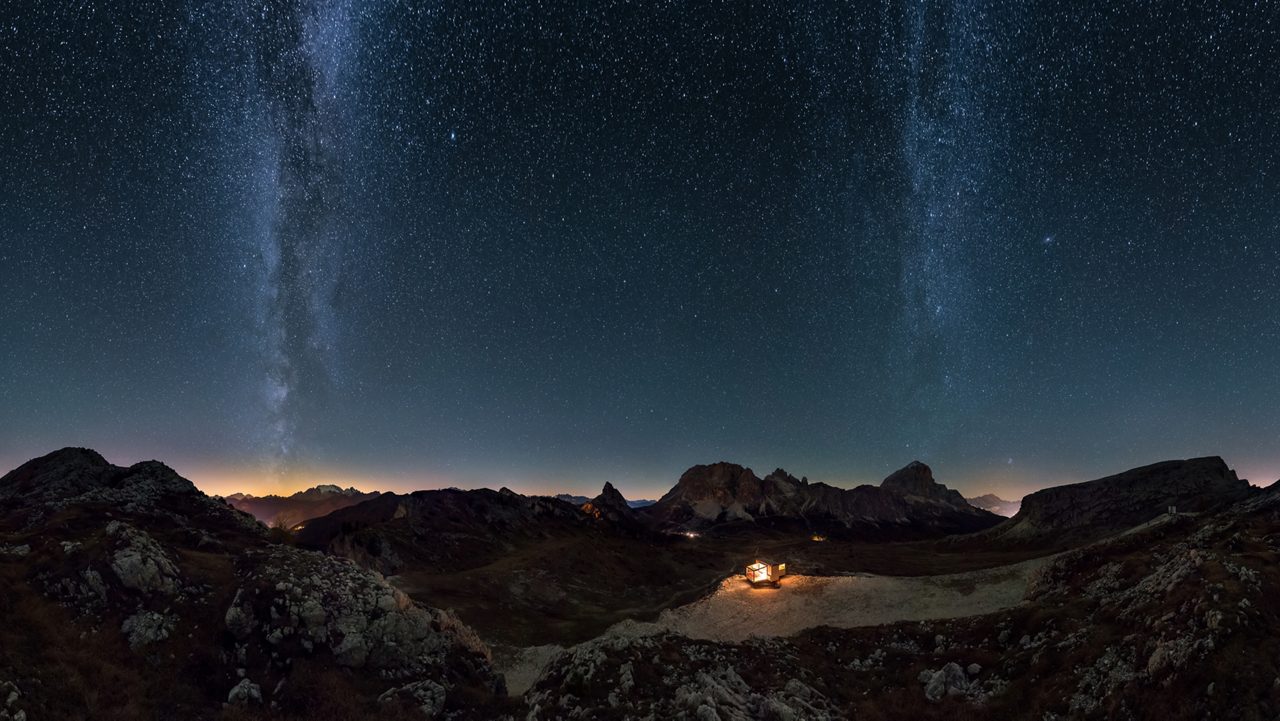 "Star-studded" holidays in the snow: the Alps 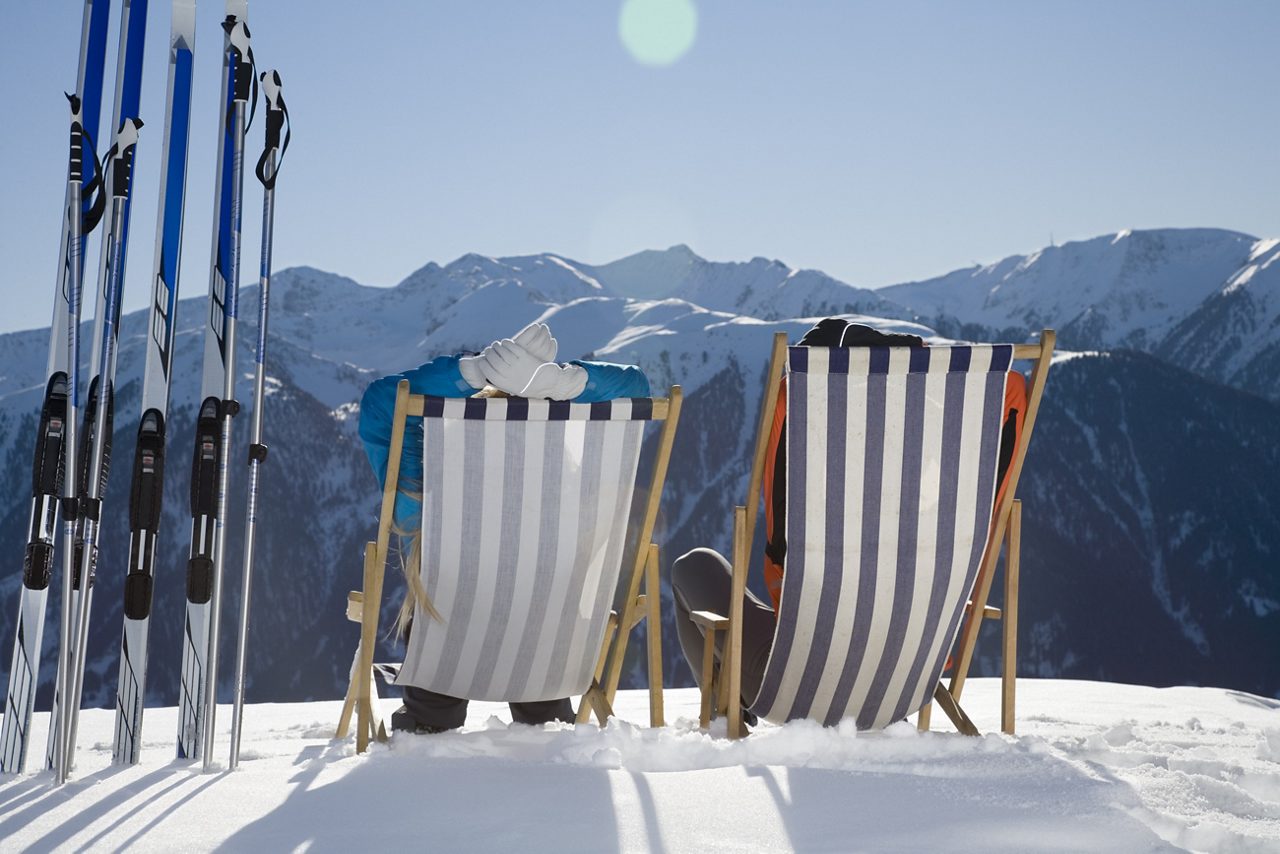 In the Dolomites between spas and skiing, a wellness boost 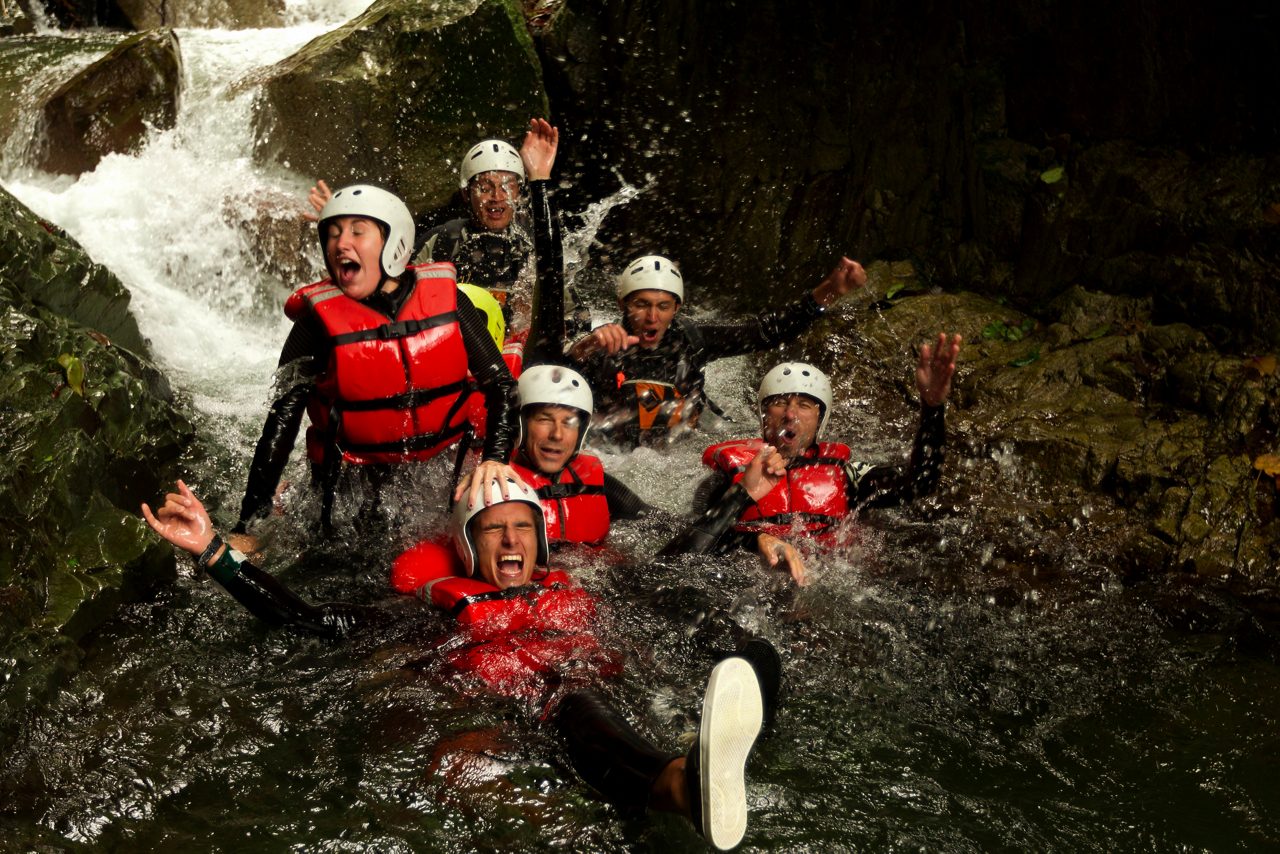 Canyoning in the heart of the land 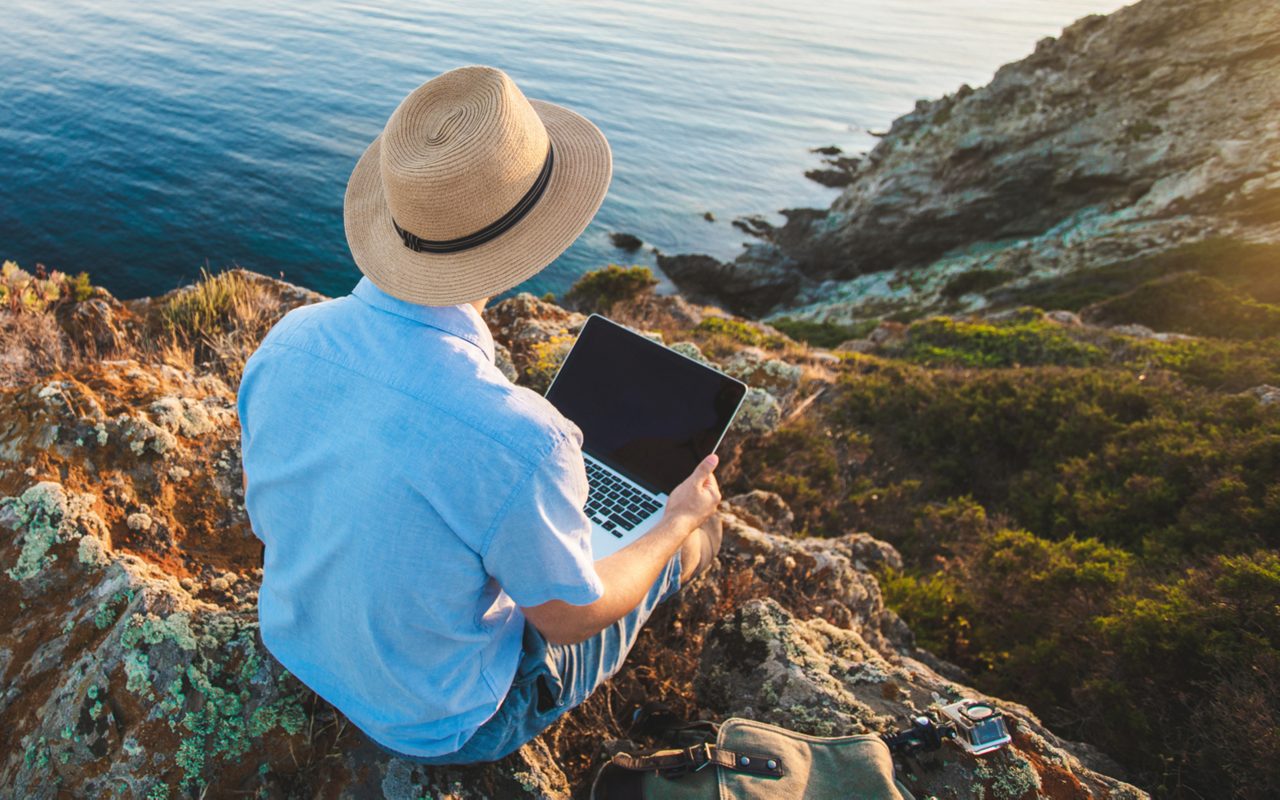 Smart working immersed in a natural environment: at a camping village or on a sailing boat, supporting a sustainable world

5 minutes
Discover them all
Region

A border region nestled between sea and mountains

From the Barcolana in Trieste to the harmony of Udine's architecture, from the ski slopes of Piancavallo to the enchantment of the Laghetti di Fusine, from cycling on the Kaiser Zoncolan to the descent in the Grotta Gigante, Friuli Venezia Giulia will give you an unforgettable holiday. 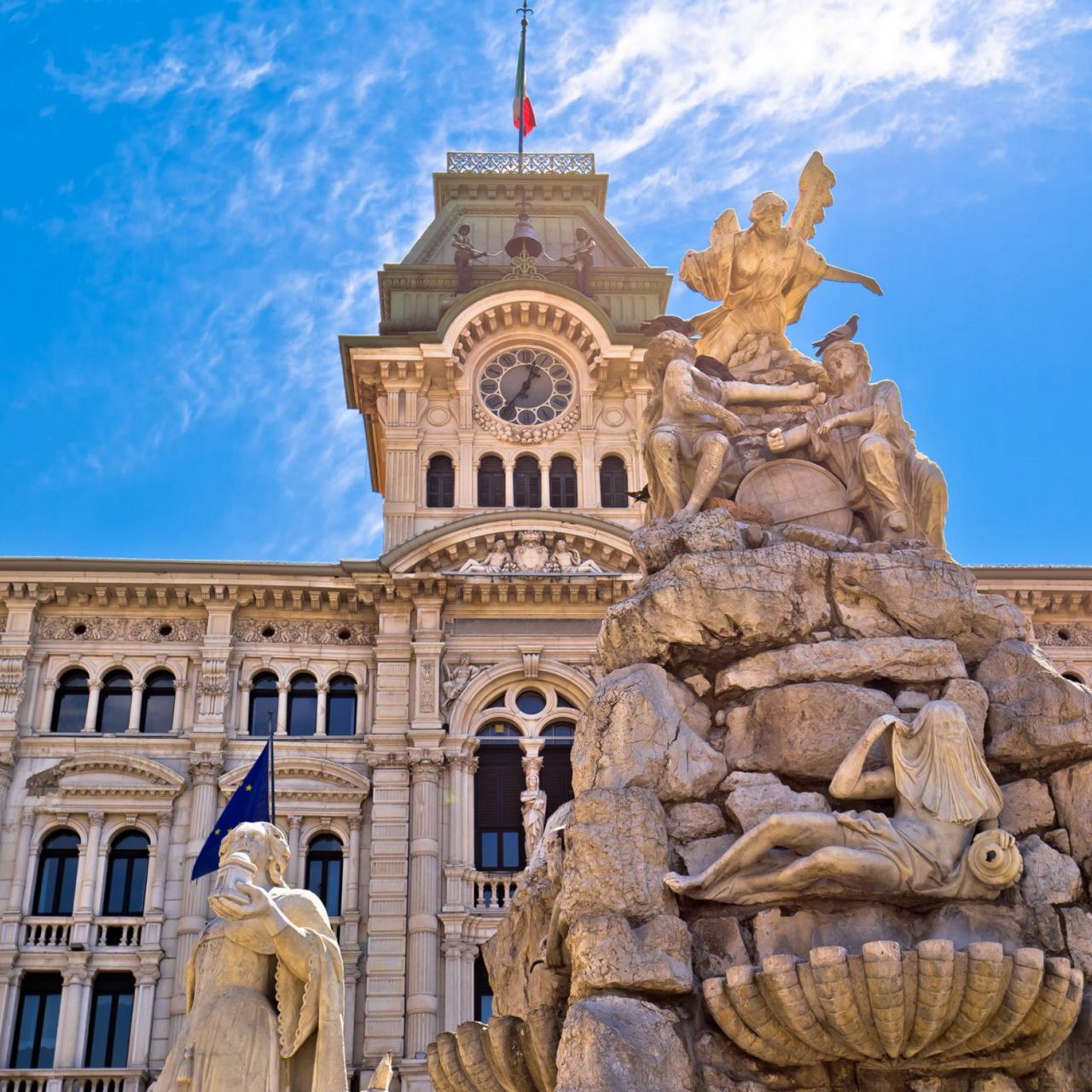